Fyuse challenge:
It was not so easy to do the video in Fyuse, because apparently we all have an old camera and only one of my children has a more updated, but apparently is the Android type that leaves the image upside down and put the link correctly did not give me good result. At least you can see it in GIF ans at the link below. and if you want to see the Fyuse press on the image. 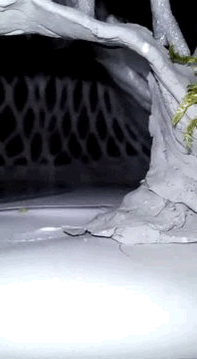 Handicrafts
In the first part of the project, I wanted to do it already with the help of a grid that can resemble a parametrical design structure that would be easy to represent it in a computer later. These grids are actually the protection of papayas coming from tropical countries. Ideal to represent the form of construction that I am using to realize my dream house.
Being flexible elements give me the opportunity to play with their shapes.
Creativity
Creativity can lead you to create elements out of reality and dream something really utopian, My design recognizes that it has a special and spatial structure and shape. That at this time is easily achievable. I propose the challenge of designing something out of the usual context.
Why I have to limit myself to 4 walls I say to myself, when nature shows us that there is an endless number of other possibilities to create your own ideal home. As it is the house of Pierre Cardin in France that I like very much in form, but not in complexity.
Levels of Scale
My first model was an interior space, scale 1:50 and later I continued working with the 1:50 scale until my definitive model. The situation plan I did at 1: 500 scale where I show the environment of the location of my project.
Also, in the end, develop some interior furniture, all to scale to have a reference of the space.
The heights of the house may seem very high, but it reaches 10 meters of altitude, considering that they will have double spaces with the void to the large spaces of the living room, work atelier in the vestibule and in the kitchen. I also have a bridge that connects the two bedrooms each with its own bathroom. The vestibule has also a bathroom, they aren't drawn on the ground floor. The ground floor is in scale 1: 200.
Presentation
Considering the little time I have had to develop it, I have done what has been within my reach to make a conceptual presentation, general. I have also had some technical problems with AR and 3D presentations
Design
My design is inspired by nature, precisely in this millenarian construction as I explain in week 1 that is the marine sponge Monorhaphis chuni. I decided to use simple elements to achieve this process, it is amazing, to see that this idea might seem complicated at the time and be a difficult process but surely proved to be possible and thanks to the challenge that raised us in this course, I was able to achieve the design of the House of my dreams. Thank you very much and I hope you like it. 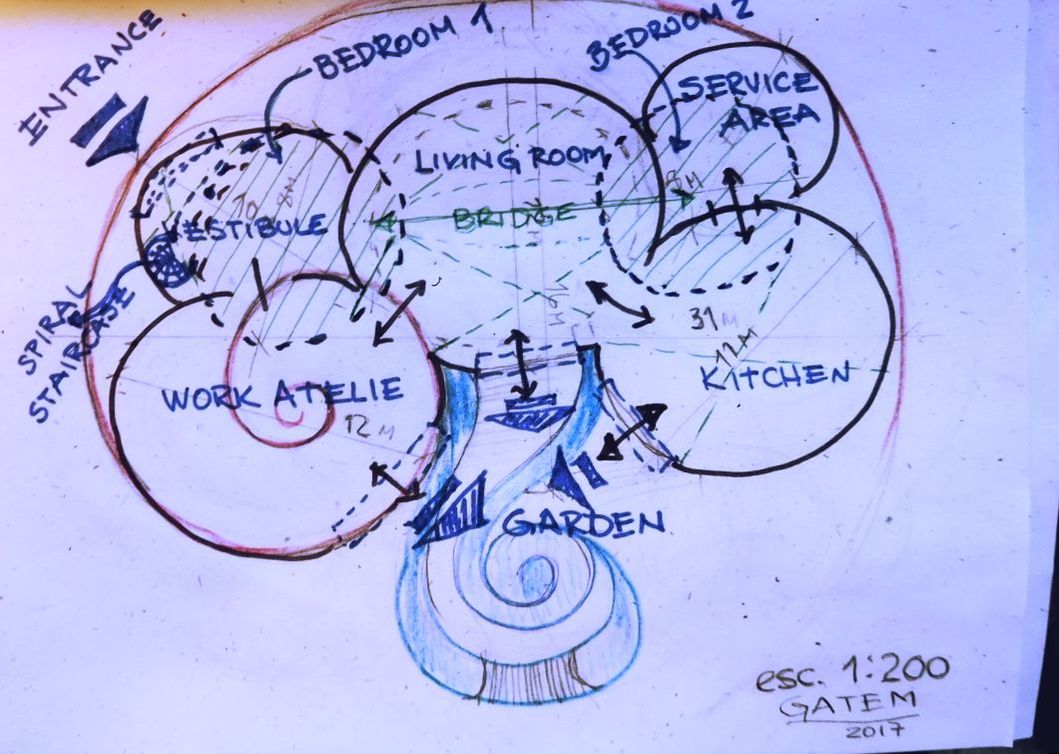 Hier you can see the last improvements of the Rhaphis house
Model scale: 1:50 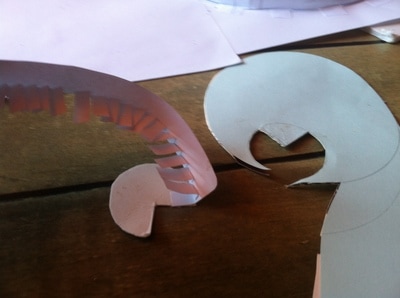 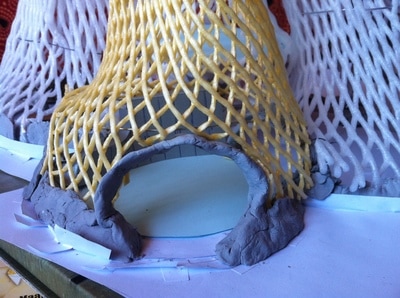 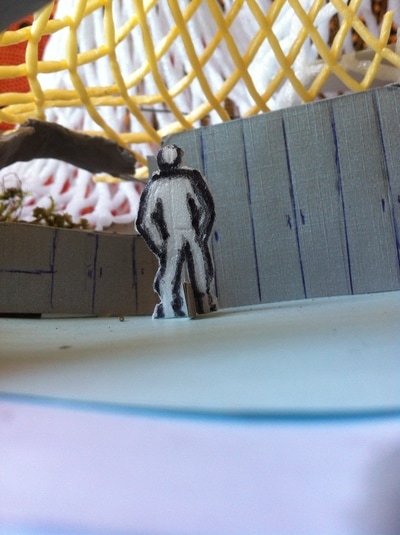 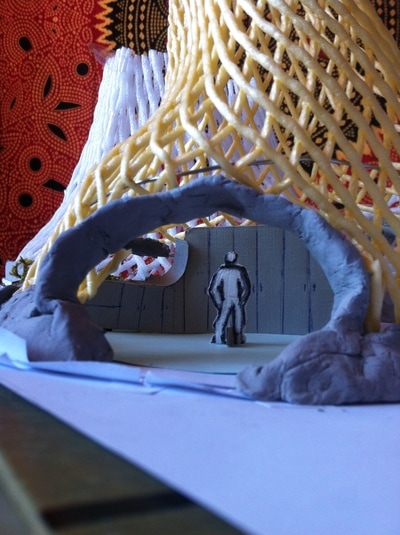 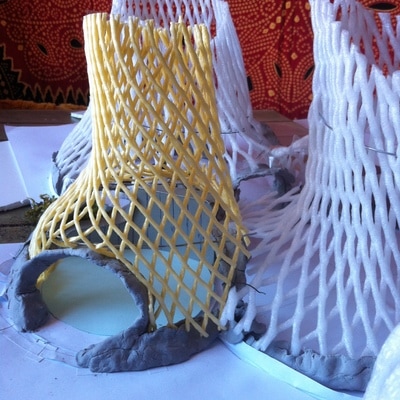 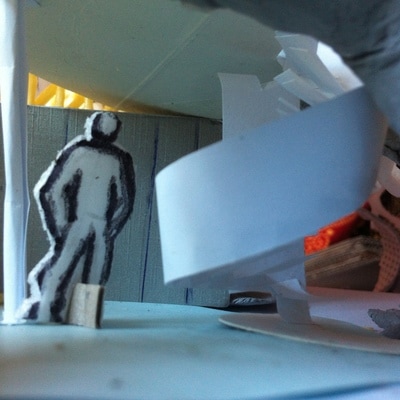 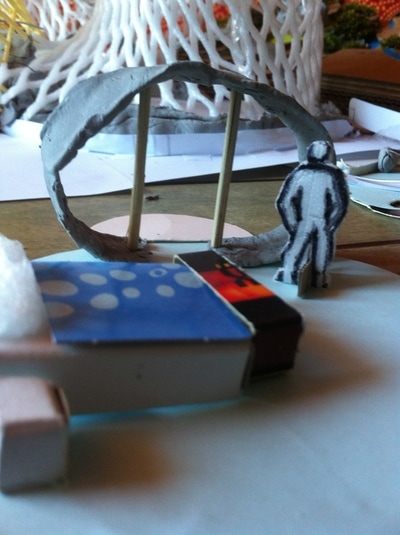 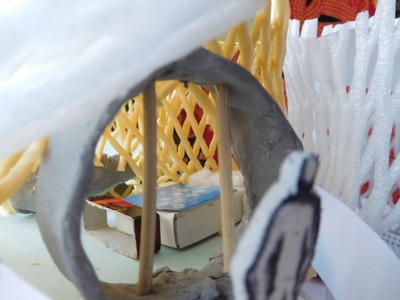 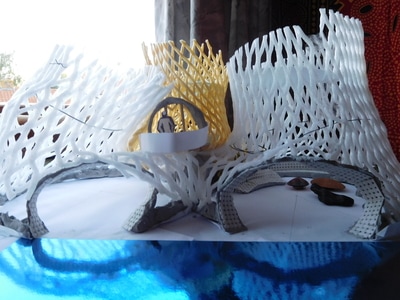 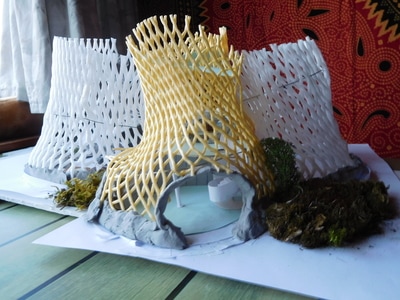 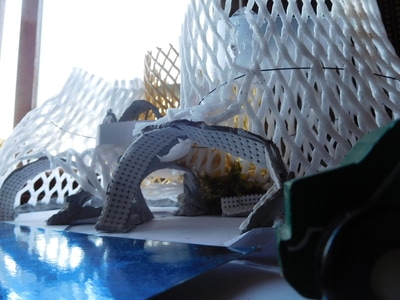 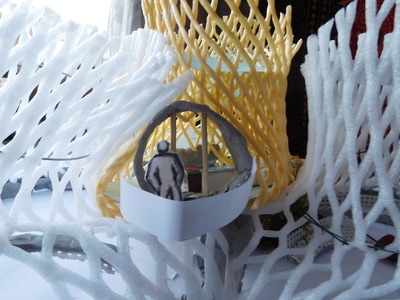 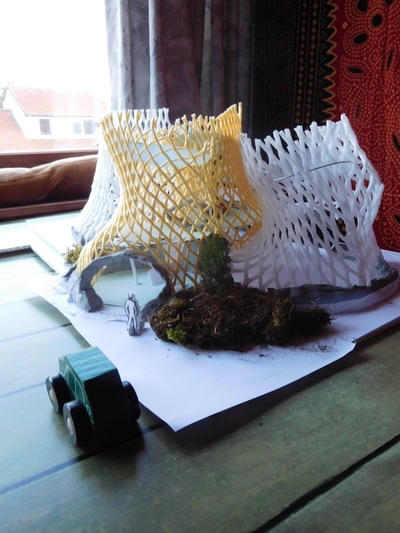 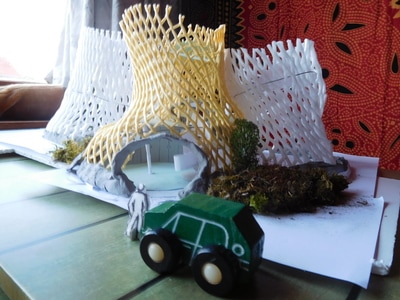 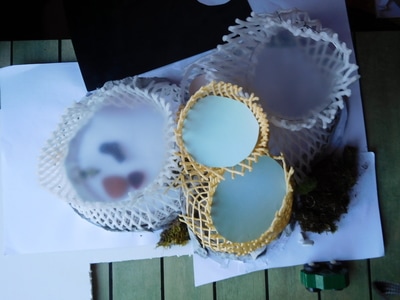